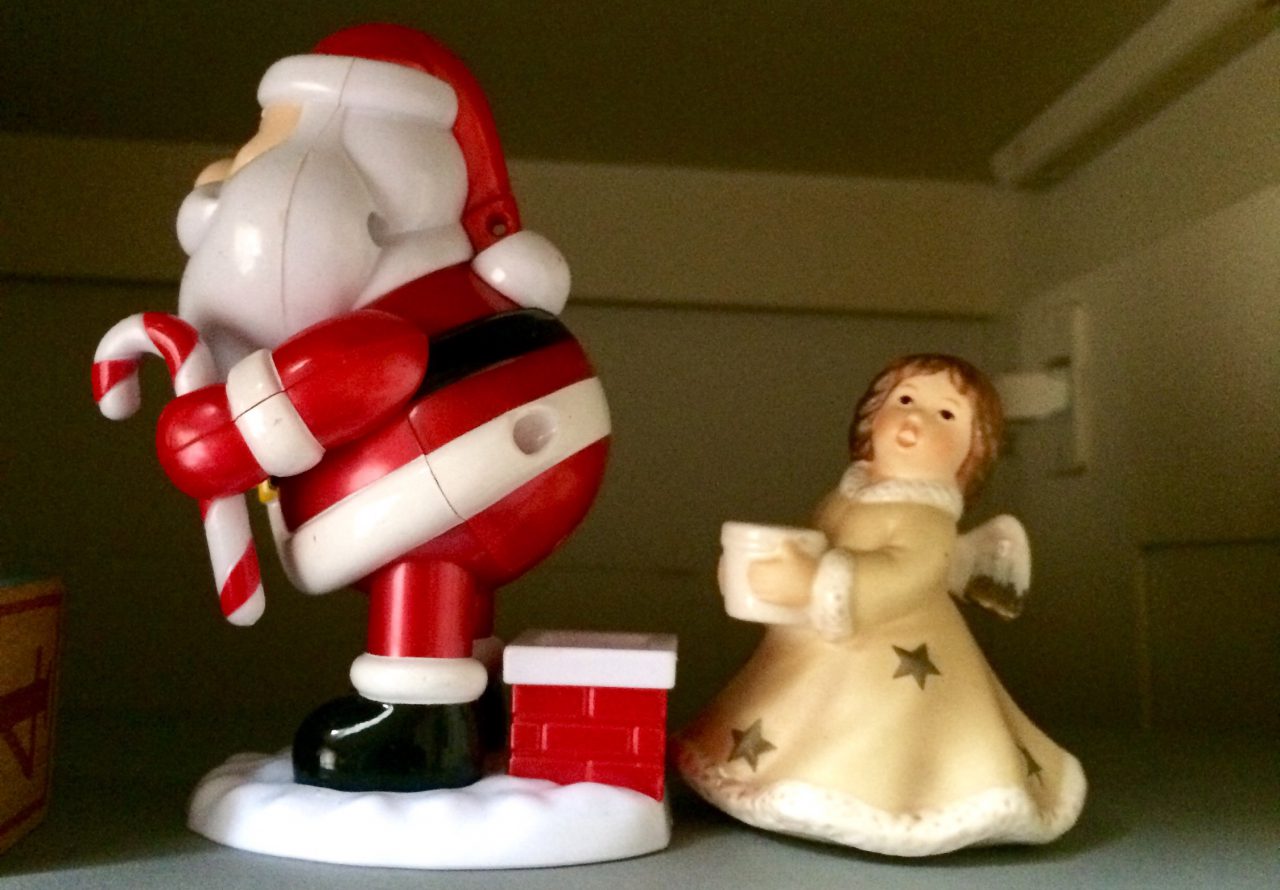 I’ve been hearing a great deal about Stan Lee’s passing this week. It really is a shame. He was a really interesting and entertaining guy. I’ve never been much into comic books or super heroes, but even I know who he was.

I have to say, though, that I was even more saddened to hear that Roy Clark passed away yesterday. I’d wager that there are more people of my generation who know who Stan Lee was than know who Roy Clark was. I, however, am one of the exceptions to the rule. While other kids were reading comics, I was listening to country music.

You see, when I was just a wee little thing (we won’t get into just how many years ago that was), I heard Roy Clark* play the fiddle**. I’ll never forget it, because that one moment affected my entire life. Yes, really. You see, I play the fiddle now because of that moment. I heard him play and knew that’s what I wanted to do. That was it. I was going to do that thing, and I was going to do that thing for the rest of my life.

Let’s think about the enormity of that moment. A little bitty kid, in a little bitty town, on the Arizona/Mexico border heard some guy play an instrument that wasn’t even the one he was most well known for, and it changed the course of her entire life. How many people can say that they’ve had that kind of an effect on anybody, let alone someone they’ve never even met?

My grandfather got me my first fiddle. I still have it. In fact, The Wee Little Miss has been forbidden from ever disposing of it after I’m gone. I don’t care what she does with any of my other belongings, but the little fiddle must remain. Looking at it now, I can’t believe how small it is. When I was first learning, it felt so big.

Bless my parents. They have always been so very encouraging. They spent a ton of time, effort, and money on lessons, gas, lodging, rosin, nice bows… the list goes on and on. And really, I never realized just how horrible the fiddle sounds when someone’s learning to play, until I started teaching. Wow. My parents are saints. Like, for real. It isn’t as though I was some kind of virtuoso who automatically picked up the instrument and played like a pro. I definitely made my share of noise that I’m certain sounded like a dying cow — and it’s not exactly a quiet instrument, either. I am so appreciative that they did all that, and put up with so much.

I still play to this day. As a matter of fact, it is how I pay my bills; it is how I have met many of the people who are most important in my life; it is even how I met The Hubbster.

So, yeah. Roy Clark. Rest in peace, man. I wish I’d gotten to meet you, but even though I didn’t, you and your talent made a big difference in my life.

* When I was little, I felt the need to clarify that he was not Roy, “king of the cowboys” (Roy Rogers). He was the OTHER Roy. I think I was just a weird kid. Not much has changed on that front.

** I don’t play violin. I play fiddle. Never was in orchestra, can’t read music. I play bluegrass, Celtic, country, blues, etc., but not violin — that is for classical music. We like to joke that the difference between a fiddle and a violin is that a violin has strings, whereas a fiddle has strangs.

When I was little, I was kind of a pain.  I went through annoying phase after annoying phase.  I don’t really know how my parents put up with me.  (Thankfully, now, I am perfect in every way, and not remotely annoying.)

When I was in elementary school, there was a group of girls that I wasn’t particularly fond of.  During one of my many annoying phases, I dedicated nearly all of my playground activity to making these girls miserable.  Why did I dislike these girls with such a passion that I felt the need to plot endlessly against them?  I have no idea.  I have no recollection of even one of them picking on me.  They weren’t particularly unfriendly.  Even so, there was a burning need, deep inside of me, to torment them.

One fateful day, there was a member of their party absent from school.  I noticed it immediately.  From the silence following the girl’s name at roll call until the next recess, I turned the information over and over in the back of my mind, looking for a way to exploit their dwindling numbers.  I still had not come up with a plan… until we went out to recess.

As we ran outside, I remember looking toward the building and noting that one of the rather ornate ventilation windows at ground level, which allowed for air circulation in the basement, was broken.  It almost looked like something had broken out of the basement.  I continued on my way, heading to the far corner of the playground, where I usually hung out.  The girls were there, too.  At this point, I’m not sure what came over me.  I just know the words flowed out of me like some elaborately scripted play that had been rehearsed over and over.

I walked up to the group and nonchalantly said, “Really sorry to hear about Brittany.  You guys must be really sad.”  Puzzled, of course my nemeses inquired as to what befell their friend, at which point I came up with the best story in the history of Greenway Primary School of Bisbee, Arizona.

I acted shocked that they didn’t know — it was so terrible!  Brittany had been taken.  Taken by whom?  The monster under the school, of course.  Everybody knows about him.  Of course, their logic and sense tried to kick in at this point, and they nearly did not believe me.  “Oh, it’s true, all right.  You can see exactly where he snatched her.  He broke through the vents right over there.  He must be hungry, still, because she was pretty small.”  I added then, quietly — almost as if it was to myself — “I hope he can’t break through the floor…”The girls began whispering among themselves in an alarmed yet hushed tone, and ran off.  Figuring my job was done — I’d upset them plenty, after all — I gave myself a quiet congratulatory pat on the back, and finished out recess playing some game with a kid I didn’t know.

When the bell rang and it was time to go in, there was a sense of barely contained hysteria throughout the crowd of children.  We all lined up and obediently went toward the building, with far less talking than usual.  As we were led into the first grade hallway, things started to happen.  Some kids were walking really fast, some were stepping really high.  Some just looked horrified.  As we all broke off into our individual classrooms, all hell broke loose.

Nobody would sit down in their chairs.  They were standing on the chairs and desks, squealing in terror about the thing that was going to come up through the floor to take them.  Mass hysteria broke out and everybody began crying.  It wasn’t just in my classroom, by the way.  The sounds of terrified children rang up and down the entire first grade hallway,  teachers trying their best at crowd control with no luck.  My teacher rang the office on the intercom, requesting assistance.

My biggest mistake was that I didn’t take part in the hysteria.  I sort of just sat there in an amused stupor, unable to believe that everybody in the entire grade had heard my story — and believed it.  Of course it didn’t take long for my teacher to notice that I was not afraid of sitting down in my chair.  When the requested help arrived from the office, she hauled me up out of my chair and deposited me in the care of the office lady, who hauled me up to the principal’s office.

I had to sit in the hallway and wait a while, as the principal had to deal with the hysterics that the rest of the first grade was having.  He eventually managed to calm everyone down and came up to question me in his office.  Miraculously, the Girls I Loved to Torment never pointed to me as the start of the tale of the Monster Under the School.  The principal carefully asked me how I was so calm, and why I wasn’t scared like the other children were.

I never spilled it.  I just said nobody told me what was going on.

So, Dad, if you’re reading this, yeah, I started a first grade riot, and never told you and Mom.  Sorry about that.

By the way, that wasn’t the last time I started mass hysterics in first grade.  I’ll tell you about that another time.